Memorial Day is an American holiday, observed on the last Monday of May, honoring the men and women who died while serving in the U.S. military. Unofficially, it marks the beginning of the summer season. But Do you know the real story behind it?

Did you know? Each year on Memorial Day a national moment of remembrance takes place at 3:00 p.m. local time.

It is unclear where exactly this tradition originated; numerous different communities may have independently initiated the memorial gatherings. But in 1966 the federal government declared Waterloo, New York,  the official birthplace of Memorial Day! On May 5, 1868, General John A. Logan (leader of an organization for Northern Civil War veterans) alled for a nationwide day of remembrance later that month. This was known of Decoration Day 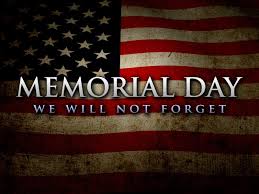 For decades, Memorial Day continued to be observed on May 30, the date Logan had selected for the first Decoration Day. But in 1968 Congress passed the Uniform Monday Holiday Act, which established Memorial Day as the last Monday in May in order to create a three-day weekend for federal employees; the change went into effect in 1971. The same law also declared Memorial Day a federal holiday.

Cities and towns across the United States host Memorial Day parades each year, often incorporating military personnel and members of veterans’ organizations. Some of the largest parades take place in Chicago, New York and Washington, D.C. Americans also observe Memorial Day by visiting cemeteries and memorials. On a less somber note, many people take weekend trips or throw parties and barbecues on the holiday, perhaps because it unofficially marks the beginning of summer.

I hope you guys enjoyed this post1 Let me know in the comments down below, Do you do anything for Memorial Day? As always, Thank you for everything you do, I love you guys so much, and I’ll see you in the next post!