Welcome to day 2 of the 2019 gift guide. For today’s gift card we are going to be doing the gamers in your life. I would think of myself as an average gamer so I dig deep and found some cool stuff that I am game related. Before we get started I did want to kind of talk about GameStop for a second. You want me noticing I will be putting two different prices for some of the stuff. One is pre-owned and the other one is brand new. GameStop offers pre-owned pricing on some other stuff and for years I bought the pre and stuff and they still work amazing today. So if you are on a budget or you do want to spend a lot of money I recommend trying not to payout. I’m not paid to say that I just from experience I think it’s a better deal sometimes. So let’s jump right into it.

All the borderland handsome collection

Borderlands is one of my favorite series and always will be in. And on GameStop, you can actually get the handsome collection which includes the second Borderlands and then the prequel which is my favorite for premium pricing at only $17.99 or brand-new at $19.99. And also Borderlands 3 just came out and I am so excited to get it and I GameStop right now it is currently $59.99.

This is a really great deal and I highly recommend this for anybody who shops at GameStop. It is called Power Up Rewards. And for $19.99 a year you get a lot of free stuff in all the good stuff at GameStop. Kristoff you get 10% off Pre Owned and you games. And when you sign up you get $5 to spend on whatever you want in the store. And then after that, you get $5 every month to spend on whatever you want. For every dollar you spend you get 20 points in that adds up to get free stuff. You also get a physical copy of gamer Informer Magazine for a whole year. So if you are somebody or you know somebody who shot the GameStop a lot I highly recommend this.

For me personally, GameStop always has great sales on their Funko stuff. Especially during Christmas time. That’s the Minifigures the normal figures and even special Collections and they also have value boxes. So I highly recommend checking out GameStop if you’re into the Funko stuff.

Like I said before GameStop is great with their premium pricing. 4 years ago I actually bought a pre-owned Xbox 360 and I still have it to this day and still works perfectly. For example some of the prices they have for it I found one as low as $59.99. A brand new one costs $200.59. But I understand also that may not be some people’s things but if you’re trying to save money look into the pre-owned stuff.

Xbox One new and pre-owned

Like I was talking about the Xbox 360 and Xbox One pre-owned is only $349 and a brand new one is $500.99. And the preamps of does come as a bundle with some accessories to sew always look into it especially with GameStop warranty is always great. 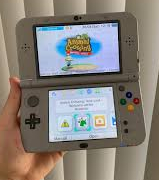 The 3 DS pre-owned and new in Animal Crossing.

One of my favorite games on the 3DS Animal Crossing. Hands down love it too much and I can’t I have to have it for only $10.99 and to go with it is 3DS and pre-owned they have one only $100 and brand new they have one for $ 250. I think they go great together but of course, you can change it out for any game you want.

The Nintendo switch new and pre-owned.

I still very much want one of these and I know it’s still on a lot of people’s birthday and Christmas list. The Nintendo switch is currently $300.99 for a new one and that premium pricing is only $259.99. So you’re still saving some money there. Yes, I have some of the games on sale now So if you’re looking for just the games I highly recommend checking out GameStop because some of them were for decent pricing I saw some that were 25% off to 40% off.

I hope you guys enjoyed the second gift credit 2019. Station tomorrow to see what will be laying next one leading up to Fridays. Let me know in the comments below do you have a favorite video game?