I would have to say the Santa Clause. I love Tim Allan the moves are really good and funny I watch them all during December!

Let’s be honest probably both. I’ve been good this year but also I’m sure I could be on the naughty list.

3. Show us an embarrassing Christmas photo.

I don’t think I really have one that’s embarrassing but I do have this photo of me and my sisters with my cousins. We went to a Christmas party at a store and they had this off-brand Shrek and SpongeBob that was super sketchy. But as a kid, I was super excited to meet them.

4. Have you ever had a White Christmas?

No, I live in Florida. One day I would love to have a white Christmas but I haven’t seen snow at all actually. Or at least I don’t remember it. When I was still in newborn we travel to Michigan where the family lives and it snowed but I like just born so.

5. Do you start your Christmas shopping on Black Friday or wait until the last minute?

I start all year round. If I see a really good deal on something I was going to get for Christmas for somebody I buy it no matter what time of year and I just keep it in. Especially when it comes to toys Electronics they go on sale are you around as if I find a really good price I’ll go ahead and buy it at that moment. But I do the majority of my shopping trip in November early December.

6. If you could be in any Christmas movie what would it be?

Nightmare Before Christmas!! I love that movie so much.

8. Name all of Santa’s reindeer.

Do you know Dasher dancer Prancer Vixen Comet Cupid Donner and Blitzen But do you recall the most famous reindeer of all Rudolph?

9. When does your family put up your Christmas tree and who decorates it?

Near Thanksgiving sometimes after Thanksgiving. We don’t do a lot of decorations cuz it’s just basically for me and my sister here because we do all of our Christmas celebrations at my grandmother’s house so it’s not a big deal to have it out but I still like putting up a tree and putting presents under it for my little sister so I typically take out the decorations and November to go through it but we don’t put anything up until after Thanksgiving.

10. Is your Christmas tree real or fake?

It is fake I have really bad allergies so I can’t have a real Christmas tree even though I really want one. Fun fact I thought I bought a dark green tree turned out it’s a black Christmas tree and I still love it. 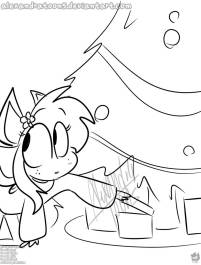 12. Peeking at gifts or be surprised?

I won’t lie it’s really hard to not peek at gifts but I do like the idea of being surprised. As a kid, I definitely piqued their presents and I became a pro with like rewrapping them but now as an adult I don’t really Peak because they hide them for me.

13. Show us your ugly Christmas sweater if you have one.

I don’t have one really I just have one that says the naughty list and super basic but I really want one in Walmart have some really funny ones that are actually kind of cute. And they’re under $20. So I might pick one up.

14. If you could be under the mistletoe with anyone who would it be?

My boyfriend!!! Who else would be under there?!?!

15. Does your family have a special holiday recipe you like to help make? 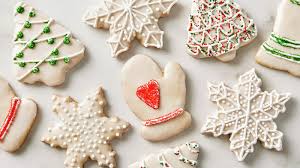 Ever since I was little on Christmas Eve night me and my family it would make monkey bread homemade. I really don’t know how to describe monkey bread is so good and we would eat a Christmas morning when we were opening presents. We haven’t done in the past three years since my mom died but it is a tradition I would like to keep on with my family.

I hope you guys enjoyed this post let me know in the comments down below do you have a family tradition you do for Christmas or whatever you celebrate?